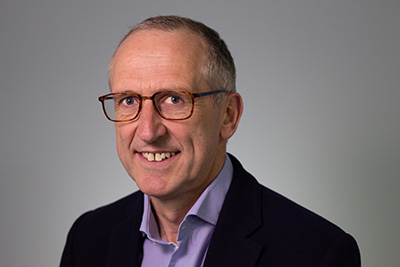 The appointment has also been covered by the likes of Brighton & Hove Economic Partnership, as well as trade press including Optometry Today and Optician magazine.

Hugh Clark is a family shareholder in the renowned C&J Clark Shoes, and acted as a non-executive director of the group for more than a decade. C&J Clark is now one of the UK’s largest private businesses, at number 37 (according to The Sunday Times Top Track 100), recording a turnover of more than £1.5bn last year.

Prior to this, Hugh worked at Rohan Designs, including six years as Managing Director. Rohan Designs is a designer, supplier and retailer of outdoor clothing which reported a £30m turnover last year. Most notably, one of their jackets was worn by the first climber to the summit of Mount Everest without supplemental oxygen.

Hugh is also chairman of the Institute for Family Business, which supports the growth of family-run businesses and lobbies on behalf of them.

Hugh Clark comments: “I am very excited to be part of the development of Kirk & Kirk. This is an ambitious fast-growing business which has the potential to be a major player in the fashion accessories market, both in the UK and overseas. I’m looking forward to helping the Kirk family and their investors realise that ambition.”

Gary Robins, our Head of Business Development, adds: “Bringing the experience and expertise of someone like Hugh Clark to help Kirk & Kirk expand is what sets Growthdeck apart from other investors. We’re thrilled that he has agreed to advise the business as it looks to scale up rapidly.”