Aptly named the city of dreams, Milton Keynes is so much more than just roundabouts, concrete cows and Cliff Richard music videos. Home to more than 10,000 companies and boasting the UK’s highest startup rates outside of London, it’s fast becoming the UK’s top hotspot for enterprises – and, as a company at the heart of it all, we’re here to tell you why.

Pushing the boundaries of convention since 1967, Milton Keynes’ pioneering personality has made it one of the UK’s fastest growing cities, bustling with new businesses, success stories and entrepreneurial communities. As a Milton Keynes born-and-bred business ourselves, we have seen and supported the rise of the city as an enterprise hotspot – understanding precisely what attracts businesses here, what makes them succeed and why it should be considered the enterprise capital of the UK.

What attracts enterprises to the city

London, Silicon Valley, Hong Kong... Milton Keynes? While the thought of Milton Keynes as an enterprise hotspot might surprise some, it’s not surprising local businesses which are reaping the benefits of its location, residents and international reputation.

With 130 roundabouts and a grid system to match, Milton Keynes is any commuter’s dream. It’s also perfectly placed between London, Birmingham, Leicester, Oxford and Cambridge, providing businesses with fast links to the whole country and quick access to five international airports. And, it’s about to get even better with the Oxford-Cambridge Expressway and East-West Railway passing through the city.

Back to the future

Stepping out onto the streets is akin to stepping into the pages of a sci-fi novel. Robot deliveries, driverless cars, city-wide IoT, full-fibre trials, wireless bus charging and dockless bikes – Milton Keynes is consistently chosen as the location for forerunners in tech, attracting other innovative businesses and winning its reputation as the Silicon Valley of Europe.

Finally, beyond the desk, Milton Keynes is a thriving city to work, live and play in. With more bridges than Venice, more trees than Paris and over 5,000 acres of parks, woodlands, rivers and lakes, it’s a hub for creativity, relaxation and recreation for residents and visitors alike. In fact, the city’s visitor economy is worth over £230 million.

Milton Keynes’ reputation as a great location for enterprises is also matched by its reputation for enabling businesses to thrive – with an economy worth over £12 billion. More than 3,000 companies have relocated here, and half of the enquiries to business support service Invest Milton Keynes are from companies looking to expand. Why?

Its perfect coordinates provide businesses with easy access to the country’s top talent. Code-breakers aside, more than 7.5 million people live within a one-hour drive from the city – making it a popular location for talented employees and one of the most productive cities in the UK.

The cows aren’t the only concrete around here. Enterprises are not only welcomed to the city, but they’re encouraged too, with invaluable support available from:

Enterprises serious about scaling are joining students at the world-renowned Cranfield School of Management, where the long list of notable alumni includes companies such as Cobra Beer, MoonPig, John Lewis, Go Ape, Hotel Chocolat and Rolls-Royce.

Enterprises looking to work and interact with other businesses are actively encouraged at Grant Thornton’s free collaborative workspace. Companies from across the county gather to work, share ideas and flourish.

The grid roads aren’t the only useful networks. With a thriving business community, networking happens across the city on an almost daily basis, providing ample opportunity for businesses to expand their brand, build useful connections and receive invaluable advice. Professional associations and support also exist in the city, including Velocity Growth Hub and Made in MK, offering workshops, support and promotion. 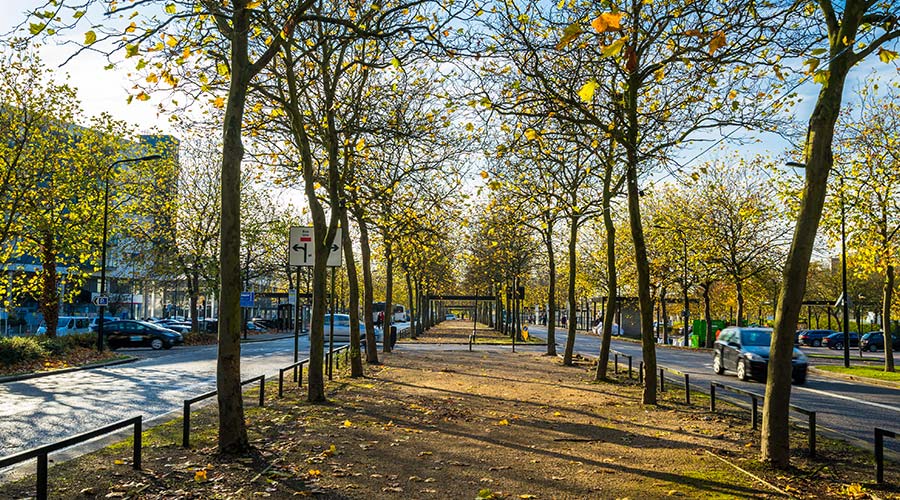 Speaking of promotion, the city Council is also working hard to promote Milton Keynes as the place to live, work and invest in. From attending developer events to providing free ongoing support through Invest Milton Keynes and cementing the city’s reputation for tech by its own (and country-first) use of AI in the planning process – they’re bringing businesses, employees and customers in their droves.

The future for businesses

As a rising hotspot for enterprises, the future is bright for those heading to, and expanding in, the city, with access to investment, growth and knowledge that will take them to the next level.

Milton Keynes is where it all began for Growthdeck – it’s where our first (and largest) office, and a lot of our team, are based. It places us at the heart of the enterprise community – seeing, working with, and raising investment for, growing companies.

Joining us is the British Business Bank, which last year helped facilitate a £580k investment for Milton Keynes scale-up business Expandly with Mercia Technologies, and Midven, a VC looking after the Midland Engine Investment Fund.

The city’s future is set to get even bigger, with Milton Keynes Council’s plans for 31,000 new homes and 28,000-32,000 more jobs by 2031, and 500,000 residents by 2050. The number of businesses, employees and customers in the area are significantly expanding, especially given its proximity to, and lower living costs than, London.

Finally, access to homegrown talent is also about to improve significantly. MK:U, a new world-class technology university (in partnership with Cranfield University), opens its doors in 2023, while Milton Keynes College (in collaboration with Cranfield University, Microsoft, KPMG, City & Guilds, and VWFS) is down to the final stages to win funding for the Institute of Digital Technology at the historic Bletchley Park.

Milton Keynes – the city of growth

As a city built to inspire, invoke and nurture innovation, it’s no wonder that enterprises are flocking and succeeding here. After all, it’s why we chose Milton Keynes – the entrepreneurial spirit and ever-expanding community here are second to none, and we’re very proud to be part of that.